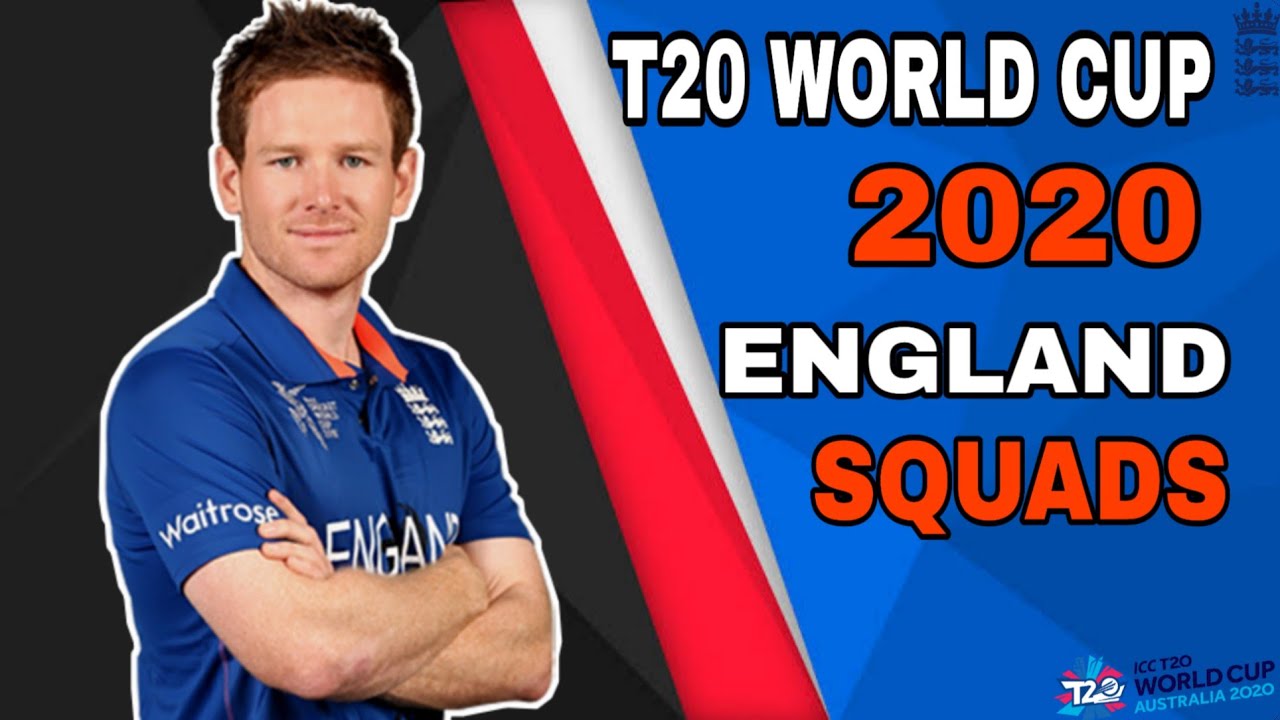 England, this season is eyeing the T20 World cup 2022 with some of the best T20 world cup squads they have ever had. Governed by England Cricket Board, England cricket team is one of the oldest teams to play cricket. In fact, it wouldn’t be wrong to say that Englishmen were the people who invented the game, at the home of cricket, Lord’s Cricket Ground. England, along with Australia and South Africa is one of those nations that laid the foundation of cricket as we see it today. They also laid the foundation for ICC. It wouldn’t be wrong to say that England is one of the nations that we can consider as a superpower in the world of cricket.

England has some of the best T20 players in the whole world. They also have their domestic T20 cricket tournaments that provide the national side with some of the best players that can be further groomed for future cricket. Hence, we can say that a culture of T20 cricket is also becoming dominant in England. Their national T20 squad is right now captained by Eoin Morgan, some of few players who have played for more than two countries internationally. England also ranks number 3 in this format and a strong contender for ICC T20 World Cup this year.

England is full of some of the best T20 players around the world and they have also proved themselves at both the international and franchise cricket platform. They also have their own franchise league and some of the best domestic circuits that develops some of the fine cricketers in the world. Just like we have told you before, English fans are really enthusiastic about their team and have high hopes for them.

They want to know what players will be representing their country in this ICC Men’s T20 World Cup. But unfortunately, the squad is not announced yet and we can just speculate. Following are some players that we think have a strong chance to be in England’s squad for ICC T20 World Cup that is going to start on 18th of October 2022.

Currently playing as captain for England in the T20 squad, Eoin Morgan is one of those few players who have played for more than one country in the international scene. He was made captain at a very difficult time but proved himself to be a leader, leading from the front, changing the mindset with which England play cricket. Under his captaincy, they won their first-ever ODI World Cup.

He also enjoys a really good T20 record, being able to play shots all over the part. His leadership skills are much needed for a successful campaign in this T20 world cup 2022. Will he be able to lead England T20 squad to victory? Let’s just wait and see.

With his elegance with the bat, Root has established himself as one of the giants of this game in the modern era. With his solid technique and dexterity with the shots that he plays, Joe Root makes for an excellent batsman that you need the top in the batting order.

Although he hasn’t played any T20I match since May 2019, his class of player sure can be crucial when you are going to play in a world even like ICC T20 world cup. So we can expect him to see in this world cup.

His aggressive nature and playing style took the England, team, to another level. He made his debut in the T20 team back in 2013 but didn’t quite have performed that well in the international circuit, or that’s what stats will tell you. What they won’t tell you is how stokes rose up from the 2016 T20 final nightmare where he gave away runs to Windies batsman Carlos Brathwaite to winning the 2019 World Cup with his unbeaten 84 runs.

He has great potential as an all-rounder and England T20 squad will be incomplete without him. He has proven to be a match-winner and such players are always welcome in the squad.

A large built left-handed batsman, Malan made a fierce entry to the international cricket with his furious 44 balls 78 runs innings. This was the fastest runs by any England debutant in T20 cricket. He also made the fastest T20 century by an England cricketer in T20s, a 45 ball 100. All of these performances of his made him the best T20 batsman England has right now.

Even though being criticized for selection, Malan proved his worth and definitely deserves a spot in England’s T20 world cup squad.

Alex hales a 6ft 5-inch-tall batsman, stature made of t20 cricket hits the bat with an intent to send the ball out of the park. He is England’s one of the most experienced players in T20 cricket. Although his start in the T20 internationals wasn’t so good, he showed his killer intent in the next series against where he scored 48 balls 62 runs against Windies. He has been a constant man for England when it comes to the limited-overs format.

Hales also has played a lot in franchise cricket and such experience is needed in such a huge tournament. Now it’s up to ECB management whether they want him in the England T20 world cup squad or not.

Due to his prolific run making for Yorkshire and aggressive nature, he was selected for England’s national side. Bairstow also occasionally keeps wickets in the international game, although being a wicketkeeper for his domestic side. He is a solid middle-order batsman and gives you quick runs in the middle overs where the field doesn’t let you open up your arms with the bat.

His fierce intent to hit the ball out of the park and experience in T20 format makes him a good choice for selectors. We can expect him in T20 world cup squad if he retains his form in upcoming matches.

We cannot say that there are a plethora of spinners in England. And we can definitely not say that there are many quality legspinners that are successful in taking wickets in domestic cricket. England has always needed a quality spinner in its squad ever since the retirement of Graeme Swann. And Adil filled in those shoes to some extent.

He has been an important component in England’s spin bowling attack and their best bowler in the T20 format. We definitely expect him in England T20 world cup squad in this edition of the tournament. He also has the ability to hit the bat hard, which is an additional quality which favours his selection in the squad.

Jordan has everything that you need in a T20 player, a useful lower-order batsman who doesn’t know fear, the fearsome fast bowler who can bowl Yorkers and slower ones, and on the top of that, he is one of the best fielders. He is a complete package that you most definitely need in your T20 squad. Jordan has also experience of playing T20 leagues all over the globe and showed promise as a player.

Such energy and excitement for the game, his passion has led to his selection in the T20 squad for New Zealand tour last November. If he keeps impressing selectors with his performance, he will be a useful component for England in T20 world cup squad.

Hailing from Barbados, full of skyrocketing talent, Jofra was first spotted by Chris Jordon who had faced him in the nets in a casual practising session. Jordan said, and I quote, that his for Jofra, “Sky is the limit”. Jofra has a high arm action which enables him to bowl constantly at a speed of over 90 mph. He was also instrumental for England’s win in ICC World Cup 2019.

With passion and pace, he is sure to prove useful to his team on the fast tracks of Australia. He is also a useful lower-order batsman that hits big shots with no fear. Such qualities are needed in a T20 player. Even if he hasn’t played any T20 match for some months, he can be a feasible choice for England this T20 world cup.

Whatever T20 cricket demands of a player, David has it all. Whether it’s fielding like an athlete on the field, or being creative with his bowling or clean hitting, he is a jack of all trades. He has outstanding stats with the ball. He has taken about 175 wickets in 185 T20 matches that he played across the globe, whether franchise games or international ones. He also has a good record with the bat, scoring two t20 tons with a staggering strike rate

Such all-round performances make him a prime choice to be in England T20 world cup squad.

England’s record in the T20 format is a good one. Since its start, England has played a total of 114 T20 international games in which it has won 56 games and lost 52 games. Thus we can say that the English have got a pretty good T20 record if we keep their win-loss ratio in the format in mind. They also won their sole trophy of T20 World cup back in 2010 where they defeated their traditional rivals Australia.
Thus we can say that England is also pretty good when it comes to T20 Cricket and English fans are pretty enthusiastic about the T20 games.

This is evident from the fact that their stadiums are always full even during domestic T20 leagues such as NatWest T20 Blast. Fans are always excited to know the latest details about their teams and they also want to know when the England T20 World Squad is going to be revealed. This is evident from the fact that you, my dear friends are reading this piece we have written about your favorite team.

When the ECB is going to announce the England T20 World cup squad?

The date is not announced yet. We can assume that they will announce the T20 world cup squad sometime before the start of the world cup, which is the 18th of October. Last time they also did the same thing and this time around we can expect the same trend